Cross Your Heart, Take My Name 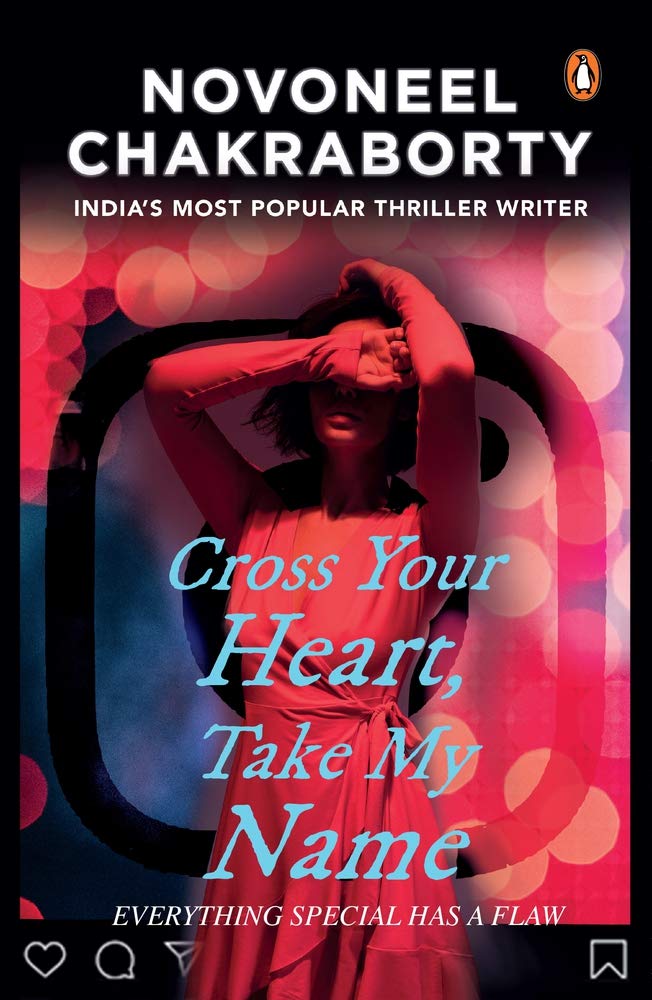 Garv Roy Gill and Yahvi Kothari meet at an airport lounge by chance. Six months later they find themselves consumed by the proverbial once-in-a-lifetime kind of love. Bored with their mundane daily routine, their adventurous streak makes them decide, one day, to escape the present and begin a new reality somewhere far, far away. Just that the day they are supposed to meet and escape, Yahvi doesn’t turn up. Then she doesn’t respond to Garv’s phone calls or messages. And mysteriously Yahvi vanishes altogether.

Days later, as a grieving Garv stumbles upon her Instagram profile, which he didn’t know existed, he is shocked to realize that her every post is probably a clue to the truth behind her disappearance. Except, the more he unearths the meandering truth, the more he learns about a certain side of Yahvi which changes the way he saw her. And the way he understood love.

Cross Your Heart, Take My Name is a beguiling tale about urban loneliness, fickle relationships and our need for companionship as depicted by the twisted journey of two individuals, caught up in their own emotional plight, blurring the lines between crime and sin.

Why do you always write thrillers?

I think it’s just the way I like to unfold my stories which inherently has a certain unpredictability both in the plot and the characters which makes them thrillers. And I enjoy doing so as well.

Talk about urban loneliness? Have you ever experienced it?

Not only have I experienced it myself but have seen my close friends have also gone through it. Time is of great value in these cities and 24*7 most of us remain involved in the humdrum of a busy life. That often doesn’t allow us to make genuine friends and slowly but surely the loneliness starts seeping in. Sometimes we aren’t even aware of it to begin with till it takes the ugly face of depression and the like.

What kind of twist are we expecting in this book?

In essence, this one is a slow burn thriller but a major twist-in-the-tale happens which, I’m sure, will turn the entire story up-side down in a way that the readers will see the story in totally different light.

Who should read Cross You Heart, Take My Name?

Anyone who are living a ‘damaged’ relationship but don’t necessarily want to leave it but want to repair it instead, this book will surely work as hope. Apart from urban loneliness, the book also makes a statement about why new beginnings with the same person is more important than severing oneself from the person or the relationship.